It Takes A Rainbow

What is It Takes A Rainbow?

…according to the Midtown International Theatre Festival (New York City), where the show enjoyed a sold out run in 2017.

It Takes a Rainbow…

Without ever being the least bit preachy, the show’s message of diversity and acceptance has broad appeal to any audience. This is reflected in a multicultural score that ranges from country hoedown to sassy blues.

Although the show was written for younger audiences and performers, It Takes A Rainbow‘s has been performed by adults, children, and a mix of ages. Its message of inclusiveness works across many communities.

Written and composed by Thompson & Russell, “one of the leading teams of writers of theatre for young audiences,” according to BroadwayWorld.com

Start your experience with

It Takes A Rainbow

Who is it for?

From elementary school to amateur to pro; It Takes A Rainbow has something for everyone.

Let’s get interactive with It Takes A Rainbow!

Start to play →
click an icon for more info about

Where "RAINBOW" has been featured 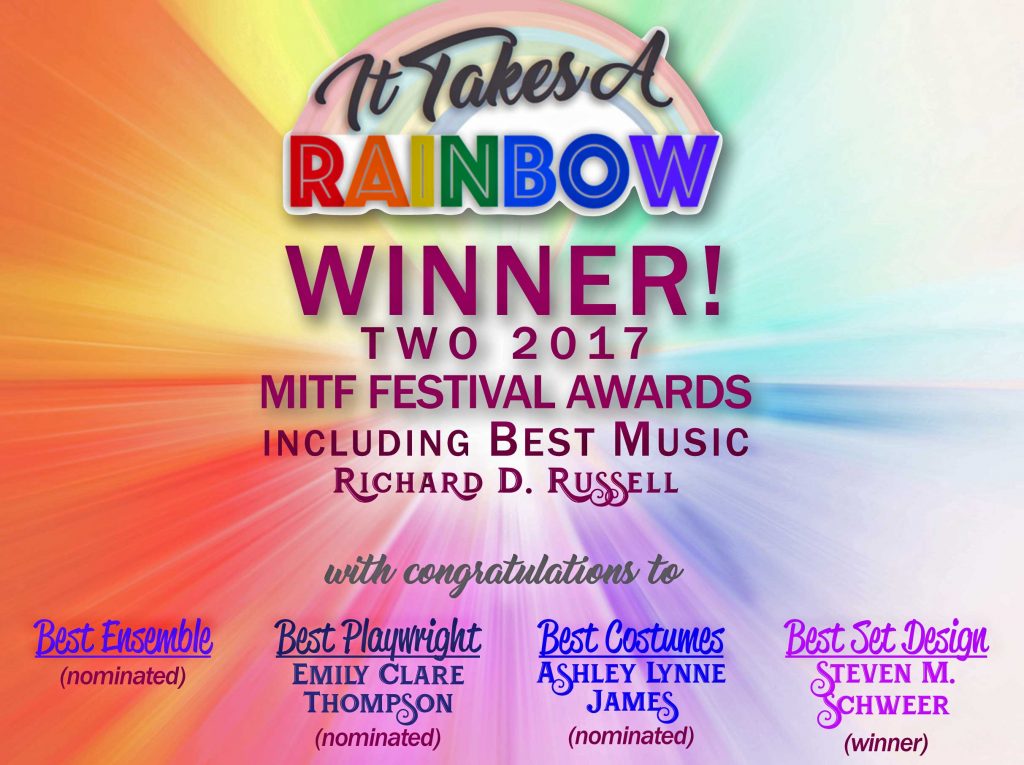 I want to license this show

Fill out the form below and you will hear from us shortly.